What is improvisation in art and how it can be applied to quilting?

You are here:
Blogs 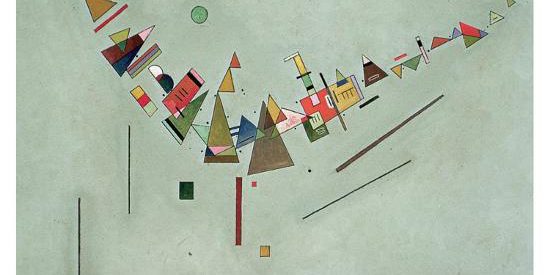 Any artistic creation requires both an adherence to form and a creative spark. When that spark is given free reign, it can manifest itself in the form of improvisation. When an artist improvises, they abandon themselves to their muse, forgetting momentarily any plan they might have had previously.

Improvisation can occur across the arts. An inspired painter might add an impulsive dash of color to their canvass, while a guitarist or saxophonist might follow the notes toward a higher plane of consciousness. In Quilting we can also use the improvisation to create quilts. Modern patchwork gives quilters plenty of leeway to follow their imaginations, by learning a bit more about improvisation and how it functions, you can become a freer and more inspired quilter.

What Exactly Is Improvisation?

For a piece of art (or a component of a piece of art) to be improvised, it must occur spontaneously and without prior planning. If the artists are making sudden decisions without following a plan, then improvisation is taking place. When actors follow a pre-written script, for example, improvisation is not happening because their lines were predetermined.

It’s important to note that most works of art with improvised elements still involve some degree of prior planning. An entirely-improvised work with no pre-ordained components is almost unimaginable. Whether it’s the “general situation” prescribed for an improv sketch or the scale over which a Jazzist play the piano, there’s still a static, underlying element on which the improvising artist relies. This will prove important when you apply the concept of improvisation to quilting. There’s no need to start with a totally blank mind; you can start with a general plan and then improvise from there.

Painting, often the first medium we associate with “art,” is no stranger to improvisation. While elements of improvisation have surely been present in painting for millennia, the twentieth century saw artists give their imagination completely free reign. Wassily Kandinsky in particular is known for his “Improvisation” paintings, in which vibrant colors vaguely coalesce into recognizable forms.

Among themselves, contemporary writers often discuss whether they’re “plotters” or “pantsers.” Plotters are those who meticulously plan every aspect of their stories, novels, or dramas ahead of time. Every theme, character, and major plot event is sketched out in advance. “Pansters,” on the other hand, “fly by the seat of their pants” and let their imagination carry the stories where they will.

While all writing entails a certain degree of improvisation (after all, nobody could ever plan out every single word), some writers give their creative impulses greater freedom than others. In a great example of literary improvisation, Jack Kerouac is said to have written “On the Road” in one single session, passing a massive scroll through his typewriter so he wouldn’t even have to change sheets. This gave him his memory and his creativity the freedom to produce an improvised, unplanned form of beautiful literary madness.

It’s in the dramatic arts the improvisation is most commonly referred to in popular culture. Improvised comedic performance, colloquially called “improv,” has become a mainstream form of entertainment on college campuses, in theaters, and on television screens around the world.

From jazz parlors to neighborhoods, jam band music festivals to childhood bedrooms, music invites a raucous, joyous form of improvisation. Giving soloists or vocalists the freedom to follow their own inspiration often allows them to reach new, unforeseen heights. It also grants each iteration of a particular work a unique character. Jazz soloists are allowed to explore new horizons with their saxophones, trumpets, or pianos, thereby giving each performance its own soul.

How You Can Apply Improvisation to Quilting

Considering how pivotal improvisation has proven across the arts, it’s little wonder that you can direct the energies of free-form artistic creation toward your quilting endeavors. Adding a bit of improvisation to your quilting practices will unleash your creative impulses. You might just find yourself creating forms and patterns you never would have imagined before. You’ll also allow yourself to become a more authentic version of your quilting self.

Improvisation is especially useful in modern patchwork. Allow your eyes and your creative mind to guide you toward unexpected discoveries. Resist the urge to stick with familiar patterns or typical styles. Choose fabrics that clash or dazzle. Be ready for sudden bursts of inspiration, and then follow through on them without second-guessing yourself. You’ll likely end up with a wacky final product, something unlike what you’ve made before. This will help you stretch your limits as a quilter.

Improvisation has played an important role in the history of art. Countless creative individuals have discovered that they produce their best work when freed from the confines of a plan. Give improvised quilting a shot, and you might find that you, too, work best when given plenty of free reign.

My pre-recorded class “Beginning to improvise” You will learn to put together a complementary color palette, ideal for this project. I will show you 4 different improvisational techniques, such as cutting without rules, building blocks, and composing. With this class you will be able to create 4 sections with these techniques: strip improvisation, improv triangles, soft curves, and random pairs. With this you will create your own quilt.