Color Theory In the 20th Century 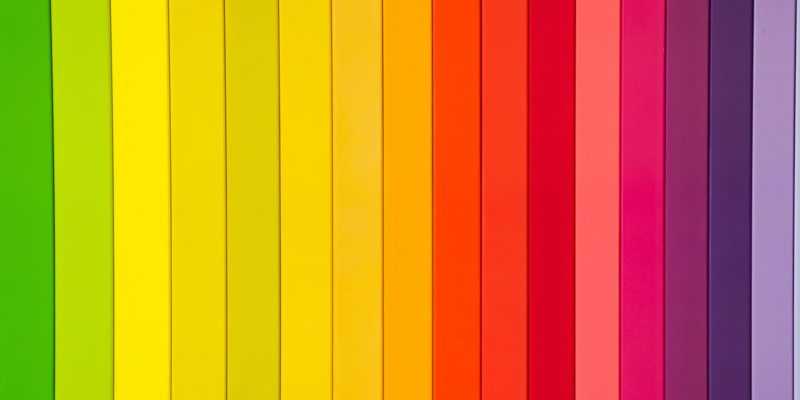 Albers was another Bauhaus artist who worked extensively on understanding how humans perceive color when different colors are used next to each other. One of the interesting aspects of Albers’ work is different sets of experiments to study how colors appear to the eye. Instead of trying to derive a theory of color, Albers encouraged students to experiment with different types of colors to better understand their artistic appeal and effect.

Some of the artists listed below are students of Itten and Albers who either studied at Bauhaus or worked with Itten and Albers at other places. Their use of color can be particularly helpful to better understand their approach to color theory.

In many of his works, Anuszkiewicz used high-intensity colors in different geometric patterns. His different juxtapositions of shapes and colors can be better studied in his paintings. Exploring different shapes and colors in his artwork can invite quilters to investigate different means of approaching their use of color in their improvisational quilting projects.

Gerald Garston was another painter who was a student of Albers. Garston’s simple use of colors is an application of Albers’ color theory into art that depicts real world settings, such as historical figures and sports icons. A collection of Garston’s work is available in the book The Art of Gerald Garson: A Good Life In Your Eyes. Garston’s art can be studied for meditative purposes for improvisational quilting and the colors studied for use in creating realism in your quilting.

Cora Kelley Ward was another Albers student who studied and created art in the American south. Her paintings avoid the rigid shapes at Bauhaus, but use different hues and intensities of color in unique and beautiful configurations. As her art evolved, shapes became less of a factor and she focused more intently on color.

Slutzky’s art used nice combinations of color to achieve a peaceful effect that complemented the harsh corners of shapes. One of Slutzky’s paintings that is on display at the Philadelphia Museum of Art has a nice usage of color that could be an inspirational source for improvisational quilting.

Irwin Rubin was an artist and an educator who was particularly known for his painted wood art. Much of his art style can be understood by exploring his art collection that is on display at Yale. One of his collage constructions, called Untitled resembles a mini-quilt in its use of colors and displays a nice combination of colors, shapes, and asymmetry.