Gunta Stölzl, a weaving Master of the Bauhaus school 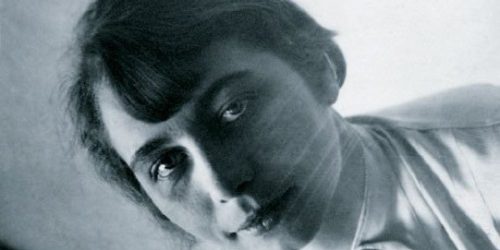 Gunta Stölzl (5 March 1897 – 22 April 1983) was a German textile artist who played a fundamental role in the development of the Bauhaus school’s weaving workshop. As the Bauhaus’ only female master she created enormous change within the weaving department as it transitioned from individual pictorial works to modern industrial designs. Her textile work is thought to typify the distinctive style of Bauhaus textiles. She joined the Bauhaus as a student in 1920, became a junior master in 1927 and a full master the next year. She was dismissed for political reasons in 1931.

In her teaching Gunta applied ideas from modern art that she acquired in the classes of Jonannes Itten (color theory), Paul Klee (visual thinking) and Wassily Kandinsky (abstract art) into a new weaving practice. Bauhaus’ Weaving department at the time did not offer much for her to learn technically. Her and other students took courses and learned the craft outside of the school, soon becoming experts. Lack of technical guidelines allowed her and her colleagues to question and experiment with different materials and techniques, allowing them to make the step from traditional textile techniques and weaving done by generations before to the new weaving that would become admired by generations after.

Stölzl became the weaving Master in 1925 when Bauhaus relocated to Dessau. Weaving practices at the department soon became of a more functional nature following the needs of contemporary industrial design. Under her direction, Bauhaus Weaving Workshop became one of its most successful facilities.

In 1931 Gunta moved to Switzerland in order to avoid the rising tensions in Germany. From this point, her life and work were never as free and inspiring, or as fertile. Gunta continued to form textile companies with her students and later embarked on a solo project. In 1942 she married Willy Stadler and became a Swiss citizen. In 1943 she had a daughter – Monika. Monika describes the life they had: “There was little money, but we still went on vacations all the time”.

During the years 1987-1967 Gunta left her hand-weaving business and devoted herself to tapestry and weaving her own designs; she continued this practice until the end of her life. She died at age 86.