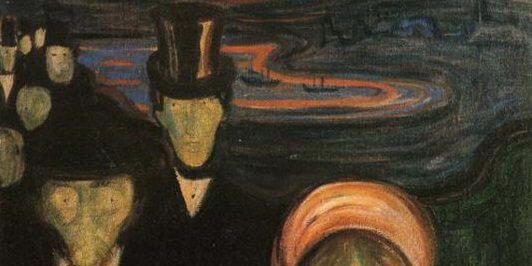 Color theory, in the 19th century, reached new levels with Johann von Goethe’s insights into colors. Even though Goethe thought he had disproved Newton’s color theory, which he hadn’t, Goethe’s ideals and thoughts on colors informed many of the artists during this period. Let’s take a look at some of those artists from that period and explore their use of colors. Ultimately, Goethe’s color theory inspired artists of the period to incorporate natural colors into their painting through shadings, showing how the world really happened.

While not one of Monet’s most famous paintings, The Magpie is a very good depiction of color theory based upon Goethe. In the painting, there is a single magpie perched on a gate. There are blue shadows on the freshly fallen snow. The changing conditions of the light from the sun are depicted through various tints of blue. One of the ideals of Goethe’s color theory was to show the actual changing conditions of nature with different colors rather than painting the shadows black or a consistently dark color.

Diego Rivera spans the 19th and 20th centuries, but was on the forefront of mural painting. He was from Mexico. One of his paintings is entitled The House On the Bridge. This painting shows an elegant house reflected in the water below. The reflection in the water is achieved through a unique and beautiful color mixture effect.

Edward Munch was a Norwegian painter. His paintings differ greatly from artists in France, England, and Germany, as they are more impressionist in their use of color. One of Edward Munch’s paintings called Anxiety is an extreme usage of color mixture. This painting shows humanity moving forward with elements of Norway, like fjords, in the background. The people are depicted in a darker black with nature being stable in the background.

If you are looking to use more unique colors in your quilts, you might look at some of the artwork described above. Look and pay attention on the color palette that every artist used, how many different values you see in each painting? There is a main color? Some accent color? Are those colors saturated or muted? A good exercise is to look an artwork and analyze the three variants of color, Hue, Value and Saturation…in that way you can understand and learn how to use color in your quilts.