You are here:
My quilts 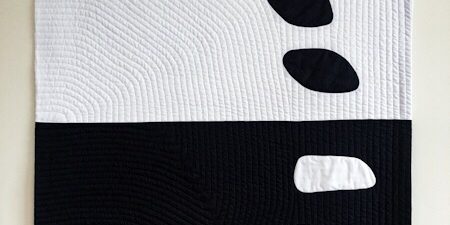 So here I ask to myself, are there opposites to everything? What happen between the opposite? Between black and white? Between men and women? Between happiness and sadness? Day and night? Hot and cold? Light and dark? Motion and stillness? Can they exist separately? They are opposition, contradiction, but are they separated?

The big issue is to think in a binary way in areas that concern us as a human been. There is not only good or bad or right and wrong…in politics, religion, identity, there is a spectrum of other forces that lives between liberals and conservatives, theist and atheist, men and women, in these opposites, there must not necessarily be contradiction. In some cases, not being the same does not mean being opposites.